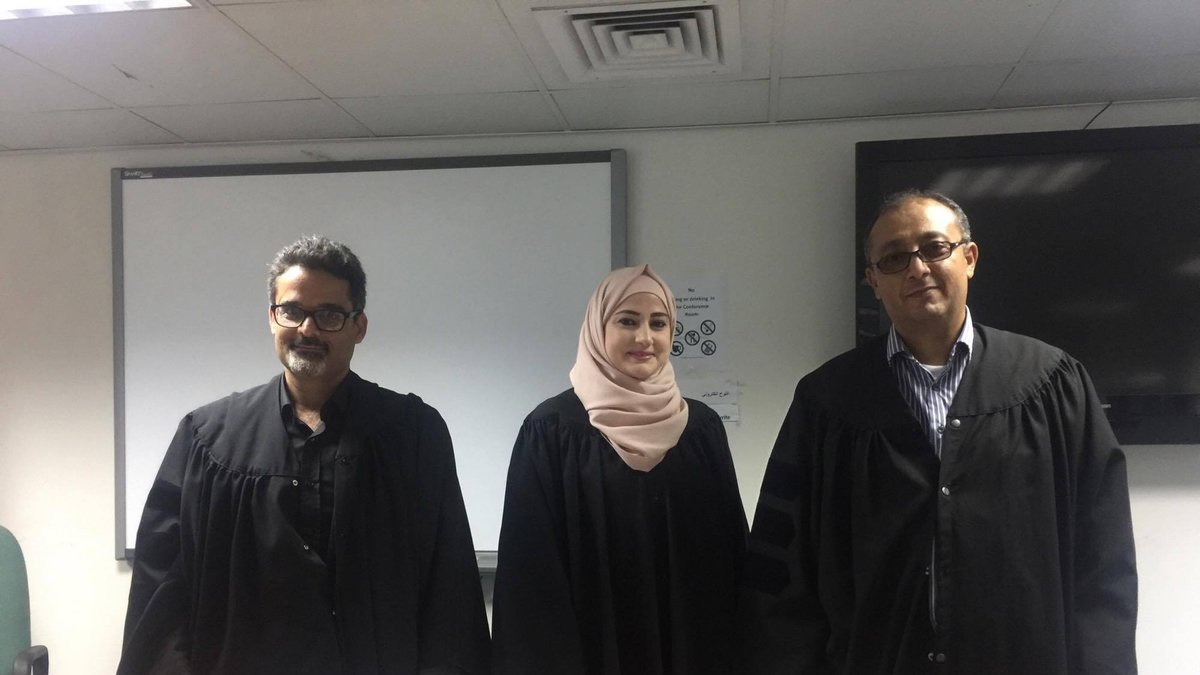 The Faculty of Graduate Studies awarded the researcher Samah Jarrad a Master’s Degree in Applied Linguistics and Translation in response to her thesis entitled “The Degree of Linguistic and Semantic Translatability of Modern English Poetry”.
The difference of modern poetry from other poetic movements in English has made it the central focus of many researchers and scholars leading many of them to write about the ‘distinction’ of this type of literature. This study tackles the translation issue of modern poetry in view of the idiosyncrasies of content and form.
The study investigates the issue of foregrounding following Leech’s (1969) linguistic deviation theory with special focus on lexical, grammatical and semantic deviations with the assumption that the idiosyncrasies in the language of modern poetry are a result of the distrust modern writers demonstrate of the ability of language to convey meanings and the lack of communication that mars the modern realities. Leech’s model is further refined by adding paralinguistic deviations to the basket of idiosyncrasies of modern poetry with special emphasis on the graphological features of text shape, letter case and punctuation.
Through examining the various examples, one could infer that some translators who were sensitive to the importance of these deviations opted for retaining them often by utilizing compensatory methods since it is difficult to replicate the exact same idiosyncrasies, especially in a language that belongs to a different family and does not have much in common with English, while others were heedless of the implications of these deviations and decided to change them, or to translate them in harmony with their reading and Arabic language structure and norms. Nonetheless, the researcher claims that there is no ‘wrong’ or ‘right’ translation; there is always a better translation or a translation that is closer to the source text. Each translation offers a different reading of a translated text that is influenced by the translator’s metaphysics of presence and by his/her spatiotemporal realities.
The study concludes that these deviations are essential in augmenting the texts’ meaning potential and obviating the fallacious notion of  a ‘transcendental signified’ in addition to being a fundamental aspect in the formulation of a comprehensive reading of any modern poetic text, thusly making it imperative for translators to develop a full awareness of the meanings aroused by these idiosyncrasies to enable them to choose a suitable translation method that does justice to the target text (TT) and its receptors.
The committee consisted of: Dr. Nabeel Alawi as a main supervisor and Chairman, Dr. Mahmoud Shreiteh as an external examiner and Dr. AbdelKarim Draghmeh as an internal examiner.
At the end of the session, the committee approved the success of the researcher and recommended her a Master’s degree.