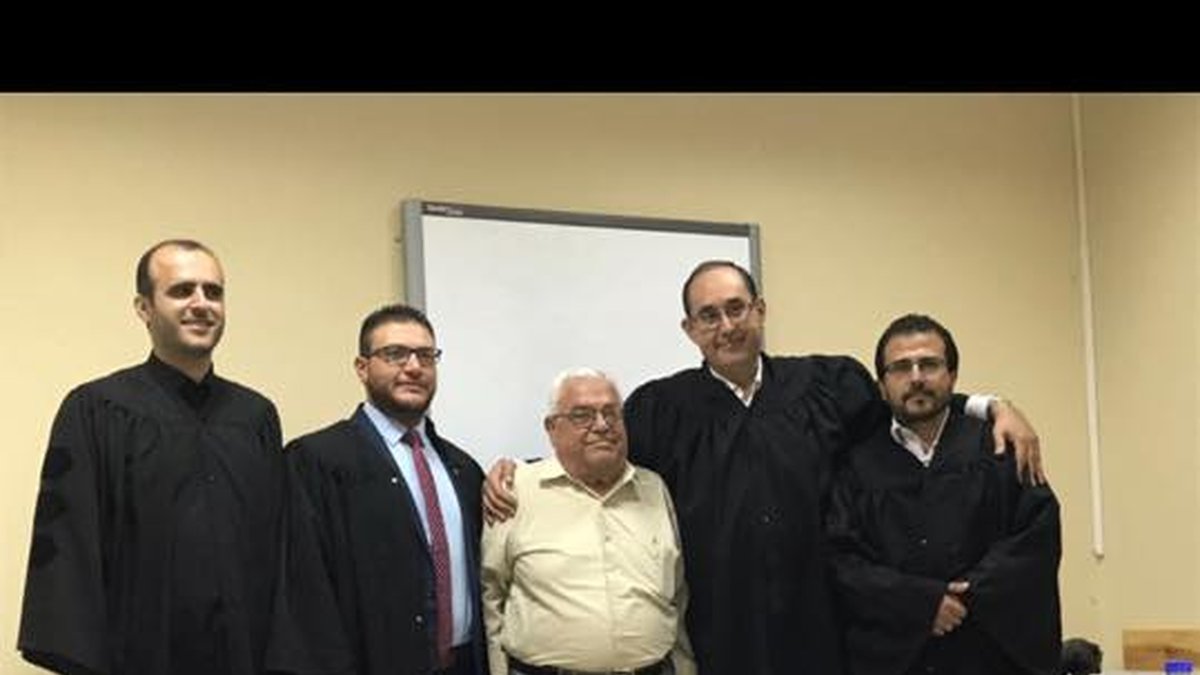 The Faculty of Graduate Studies awarded the researcher Fadi Jallad a Master’s Degree in Engineering in Water and Environment in response to his thesis entitled “Assessment of Palestinian Water Sector Strategy under Different Energy Sources Using Water Allocation System “WAS””.
Water resources in Palestine are limited. Palestine consists of 16 Governorates; 11 governorates in the West Bank in the eastern part of Palestine to the west of Jordan River and 5 governorates in Gaza Strip which are described as the southern region of the Palestinian coastal plain on the Mediterranean. Palestine suffers from the increasing in both the population and the per capita water consumption.
The objectives of this research are to assess the Palestinian Water Sector Strategy developed in 2014 for a period of 30 years using Water Allocation System (WAS) and inputting various energy sources and prices, and to evaluate the feasibility of water-energy nexus. The assessment is come out through inputting the demand data, supply data, available infrastructure; desalination plants, freshwater links between governorates, and recycling plants into the Water Allocation System (WAS) Model then to run the and show the results. The evaluation of the feasibility of water-energy nexus is come out through calculating energy prices under different energy sources; solar energy in the West Bank, and natural gas in the Gaza Strip.
The results of the three scenarios, existing situation 2015, future situation 2030, and future situation 2030 under different energy sources showed that freshwater links between governorates should be available since it decreases the shadow prices in the Palestinian governorates. The desalinated quantities of water in Gaza Strip should be 540 MCM under freshwater links and desalination cost of 0.509 USD/m³ by the year 2030, and 817 MCM under freshwater links and the natural gas as energy source which decrease the desalination cost to 0.419 USD/m³.
Based on the results of three scenarios, the conveyance lines between the Palestinian governorates to transport water in two way; from the origin to the destination, and from the destination to the origin when it necessary is a necessary management option, In addition, the wastewater reuse in all Palestinian governorates as potential future water resource is a preferable management option too. Moreover, the renewable energy sources, particularly solar energy for desalination and pumping in the West Bank, and natural gas for desalination and pumping in Gaza Strip is also preferable option to make desalination efficient.
The committee consisted of: Dr. Anan Jayousi as a main supervisor and Chairman, Dr. Saed Khayyat as an external examiner and Dr. AbdelHalim Khader as an internal examiner.
At the end of the session, the committee approved the success of the researcher and recommended him a Master’s degree.