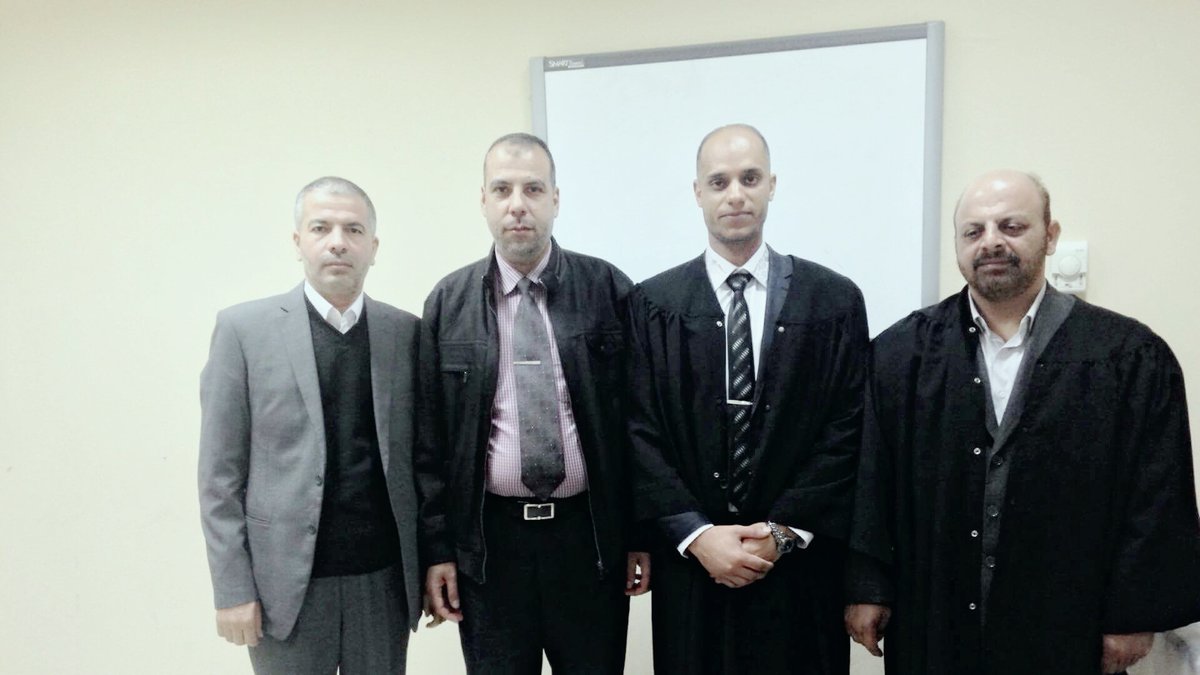 The Faculty of Graduate Studies awarded the researcher Khaled Khateeb a Master’s Degree in Fiqh & Tashree’ in response to his thesis entitled “Judgment based on the judge’s knowledge of the Islamic Jurisprudence (A comparative jurisprudence study)”.
This study aimed at identifying the attitude of the Egyptian Salafi trend toward 25th January Revolution in 2011. This prefaced reviewing the Salafi parties that emerged in Egypt since the early of 20th century until the revolution, and identifying their   ideological and intellectual references in addition to the schools they were belonging to. Through this reference, the study proceeded to identify the attitude of this trend with all its parties toward democracy, modern state, rule system and the opposition parties before and after the revolution.
In addition to that, the researcher studied the justifications that the Salafi trend provided for their abstention from the political participating before the revolution, or for their participation after it. These justifications were studied and evaluated in the light of the general Salafi approach, and in the light of the school of each party. Then the researcher studied the contradiction in the attitude of the Salafi trend toward revolution, democracy, rule system, rule of Muslim Brotherhood Movement, and the participation of one of its most important parties “Salafi Da’wa in Alexandria” by its political wing “An-Noor Party” in the coup. The real motivations and justifications behind their participation were reviewed.
The committee consisted of: Dr. Abdullah Abu Wahdan as a main supervisor and Chairman, Dr. Jamal Abdel Jalil as an external examiner and Dr. Mamoun Refaee as an internal examiner.
At the end of the session, the committee approved the success of the researcher and recommended him a Master’s degree.