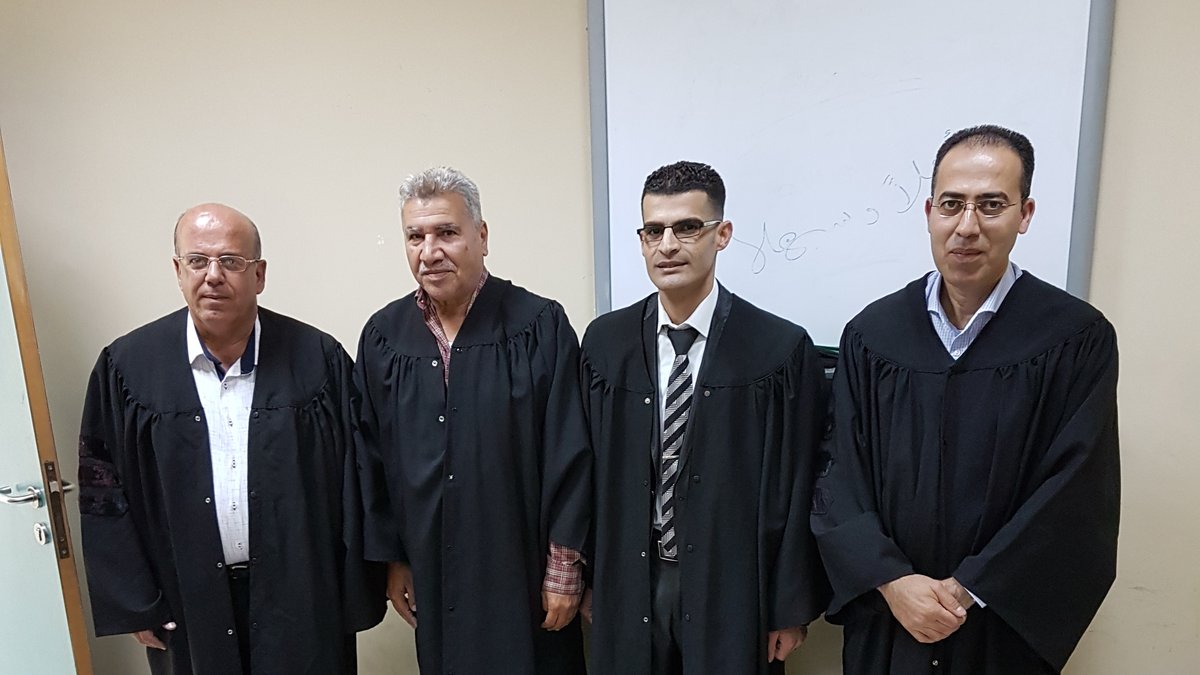 The Faculty of Graduate Studies awarded the researcher Qaisar Abu Arrah a Master’s Degree in Biology in response to his thesis entitled “Factor VIII Intron 22 Inversion in Severe Hemophilia A Patients in Palestine”.
Hemophilia A is an X-linked recessive bleeding disorder affecting 1 in 5000 male births, and caused by mutations in FVIII gene which lead to deficiency or dysfunction of factor VIII protein, an essential factor in coagulation cascade.  In severe cases, intron 22 inversion (Inv22) of the FVIII gene is a major causative of disease worldwide accounting up to 50% of all mutations, while intron 1 inversion (Inv1) and small scale mutation accounting up to 5% and 45%, respectively.
Aim: The objective of this study was to investigate intron 22 inversion mutations among severe hemophilia A patients as well as carrier status among hemophilia A patients in Palestine.
A cohort of 77 hemophilia A individuals (72 males and 5 females) from 52 unrelated families in West Bank area of Palestine were studied.  FVIII activity was measured for all male individuals by one stage coagulation assay.  Sub-cycling PCR (S-PCR) was performed for Inv22 mutation detection for all severe male cases as well as mothers.
Results: Our results showed that 41.7% of patients were with severe hemophilia A, 22.2% with moderate hemophilia A and 36.1% with mild hemophilia A.  Analysis of Inv22 by S-PCR revealed that 37% of patients with severe hemophilia A carry this inversion mutation. Our findings were similar to that reported among various worldwide populations.
To the best of our knowledge, no previous studies are available in Palestine to investigate intron 22 inversion mutations among severe hemophilia A. The findings of the present study can be used as a step for genetic counseling.  Further investigation on Inv1 mutation and full gene sequencing to look for novel mutations for those patients who approved to be negative for Inv22 mutation would be valuable.
The committee consisted of: Dr. Nael Abu AlHasan as a main supervisor and Chairman, Dr. Fekri Samarh as a second supervisor, Dr. Mahmoud Srour as an external examiner and Dr. Ghaleb Edwan as an internal examiner.
At the end of the session, the committee approved the success of the researcher and recommended him a Master’s degree.