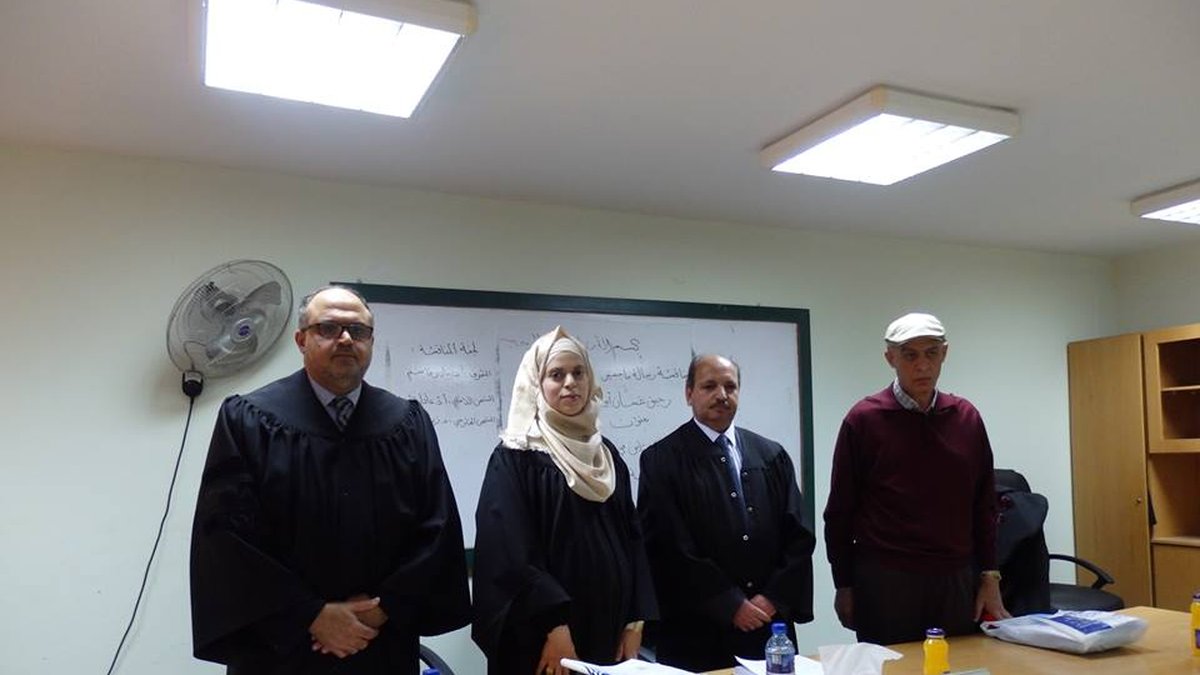 The Faculty of Graduate Studies awarded the researcher Raheeq Abu Zainah a Master’s Degree in Arabic Language & Literature in response to her thesis entitled “Frankenstein in Baghdad by Ahmad Saadawi: An Analytic - Critical Study”.
The research tackled Ahmad Saadawi's novel "Frankenstein in Baghdad" analyzing and criticizing it. The research was divided into introduction followed by three chapters, thematically divided, and a conclusion.
The introduction included some issues and thoughts, that introduced the research subject, its significance, problem statement and the solutions provided for the research questions, reasons of choosing the research topic, and a set of previously published literature that partially analyzed and discussed it, and concluded with identifying the study approach, divisions and content.
Chapter one discussed the effects in the novel "Frankenstein in Baghdad", detecting aspects of similarity and differences between Saadawi's novel context and the other text he was influenced by, to direct the research towards art of fiction, storytelling and mythology.
Chapter two, on the other hand, dived in the novel's world, concentrating on its topics that the writer discussed implicitly and explicitly, and was divided into the following sections: political, self and occupied other, Iraqi citizen (the human), media, religion, women, metaphysical and unseen, and exotisme.
The final chapter discussed the artistic aspect of the novel through addressing text and context connotations and intertextuality, and the novel aspects including: narrator, time, place, language and characters.
The conclusion was comprehensive to the most important outcomes of the study, including the excellence of Saadawi on those who influenced him, his capacity to breakthrough new additions in his novels, mixing fiction and reality, the predominance of politics in his novel, his implicit strongest wish to unite, reaching time and place and exploring their aspects in the novel, highlighting the significance and of later and its indications contrast to the openness of the former at times and fragmentation at others.
The committee consisted of: Dr. Nader Qasem as a main supervisor and Chairman, Dr. Zein AlAbdeen Awawdeh as an external examiner and Prof. Adel Ostah as an internal examiner.
At the end of the session, the committee approved the success of the researcher and recommended her a Master’s degree.