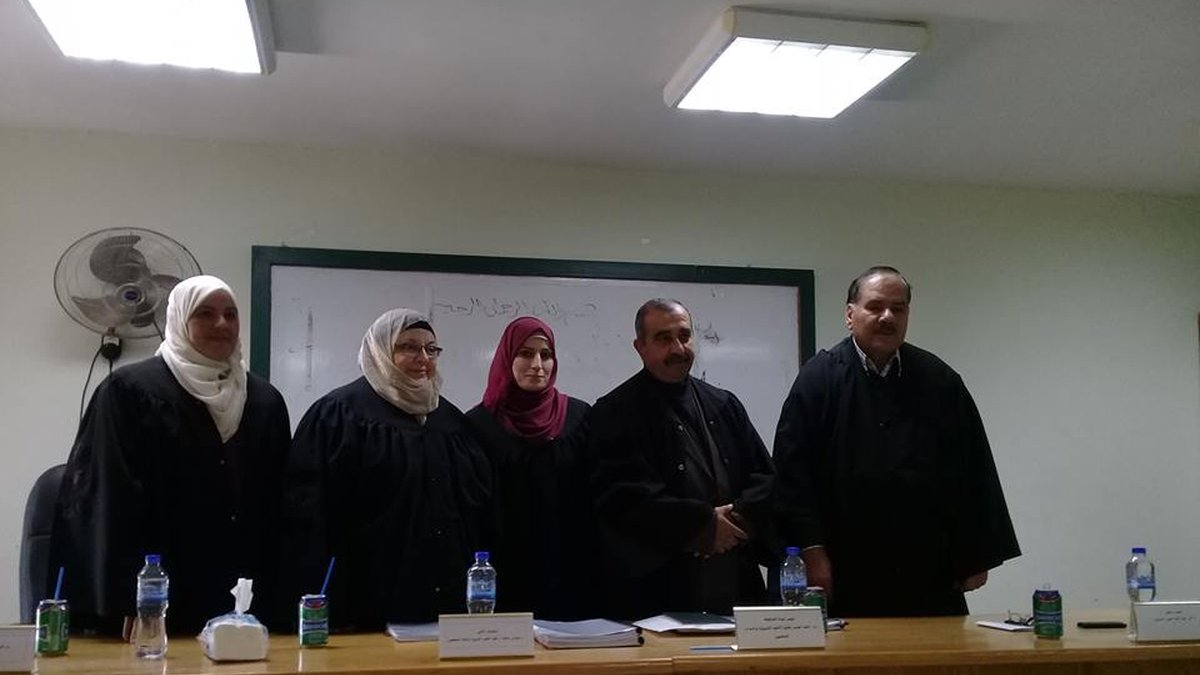 The Faculty of Graduate Studies awarded the researcher Sabreen Berri a Master’s Degree in Methods of Teaching English in response to her thesis entitled “The Influence of  Multimedia on Improving the Sixth Graders’ English Vocabulary in Nablus City Private Schools”.
This study investigated the influence of multimedia on improving the sixth graders’ English vocabulary in Nablus city private schools. It also examined the effect of gender and group variables on students’ performance. To achieve these goals, the researcher used a vocabulary test. This test was applied on (66) sixth grade students, divided into two groups, (33) students in each group at Saint Joseph’s School in the second semester of the scholastic year 2016/2017. The researcher distributed the vocabulary pre-test on the control group and the experimental group. The same groups were asked to answer the post-test after teaching the experimental group by using multimedia. Additionally, the researcher conducted classroom observations for the multimedia classes. Based on the findings of the study, the researcher found that there was a positive effect for multimedia on improving students’ English  vocabulary. In the light of this finding, the researcher recommended applying multimedia in the learning-teaching process. Further recommendations were directed for teachers to apply multimedia strategy, while the Ministry of Education was addressed to organize training programs to train teachers on using multimedia tools.
The committee consisted of: Dr. Ahmad Awad as a main supervisor and Chairman, Dr. Aidah Bakeer as an external examiner and Dr. Fayez Aqel as an internal examiner.
At the end of the session, the committee approved the success of the researcher and recommended her a Master’s degree.