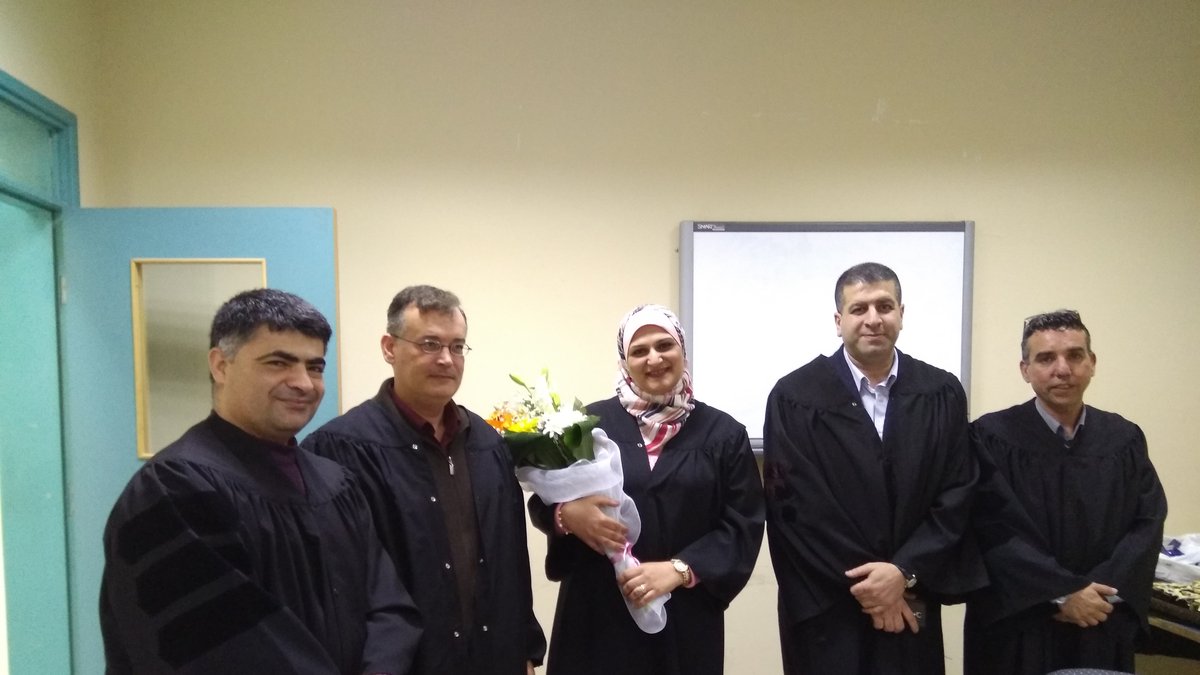 The Faculty of Graduate Studies awarded the researcher Hazar ALi a Master’s Degree in Biology in response to her thesis entitled “Phytochemical Screening and Pharmacological Activities of Two Medical Plants Alchemilla Arvensis and Taraxacum Syriacum”.

Background: Oxidative stress, obesity problems and multidrug-resistant microorganisms represent major challenges for pharmaceutical industries. These problems have prompted scientists to screen for alternative substances that act as strong antioxidant, antilipase and antimicrobial agents with maximum efficacy and few side effects. From the beginning of human history, different herbal remedies and other natural products have become important as biological sources of antioxidant, antilipase and antimicrobial agents. Therefore, the aims of this study were to investigate the antioxidant, antilipase and antimicrobial activities of two plant species, Alchemilla arvensis and Taraxacum syriacum. In addition, plants were screened for phytochemicals, specifically the total content of phenols and flavonoids.

Methods: Antioxidant activity was examined by preparing a stock solution of plant extract at a concentration of 0.1mg/ml in methanol. A similar stock solution of 6-hydroxy-2,5,7,8-tetramethylchroman-2-carboxylic acid (Trolox), the reference substance, was also prepared. Solutions of different concentrations were prepared from the stock solutions by serial dilutions using methanol. The 2,2-diphenyl-picrylhydrazyl (DPPH) solution was mixed with methanol and the previously mentioned concentrations. The percent of antioxidant activity of the plant extracts and the trolox standard was calculated using the following formula:

With regard to antimicrobial activity against bacteria and fungi, Taraxacum syriacum was evaluated against Staphylococcus aureus, Escherichia coli, Pseudomonas aeruginosa, and Shigella sonnie using aqueous and acetone extracts. The same were noticed against Candida albicans and Epidermophyton floccosum, in all extracts were used.

Conclusion: Extracts of Alchemilla arvensis and Taraxacum syriacum were tested for antioxidant, antilipase and antimicrobial activities. This study recommended these plants to be used in cancer treatment drugs, also for obesity, in addition to used as antibacterial and antifungal drugs.

The committee consisted of: Dr. Raed Koni as a main supervisor and Chairman, Dr. Nidal Jaradat as a second supervisor, Dr. Amjad Abu Salha as an external examiner and Dr. Saed Lahham as an internal examiner.