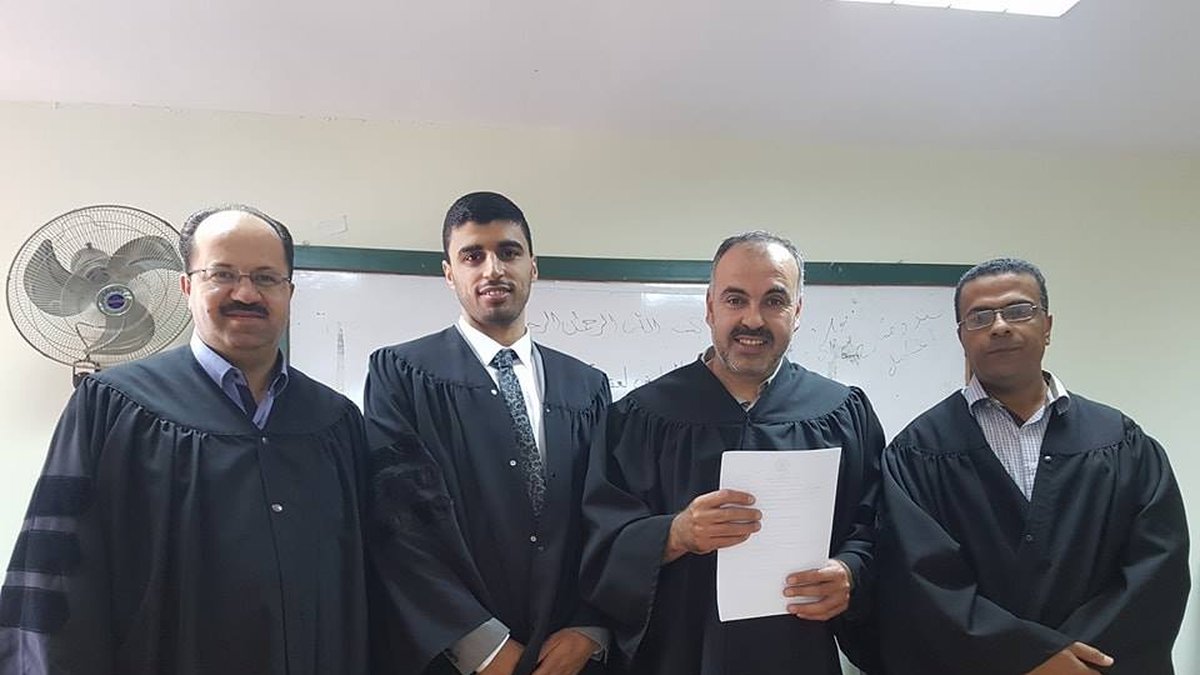 The Faculty of Graduate Studies awarded the researcher Hamdi Kharoubi a Master’s Degree in Private Law in response to his thesis entitled “The legal regulation of the commercial distribution contract in Palestine”.
In view of the commercial openness among the various countries of the world, the prevalence of the free market economy system, the expansion of the commercial dealings and the increase of the companies and individual roles in the commercial and industrial exchange in addition to signing a great number of commercial and industrial agreements and the need to build up mutual confidence among the different parties, the merchants and the industrialists, companies and individuals, were motivated to conclude  commercial contracts for the purpose of promoting and selling their commodities whether in or out their countries.
These contracts, especially the commercial ones, has generally contributed to selling and promoting the products and the commodities at the international level. This, in turn, increased the size of production and consumption and energized the drives of economy among the countries of the world. Consequently, any person can conclude contracts without any need to be present in person.
Due to the importance of the commercial agencies in the national economy, since they increase customs and tax profits, a number of countries have drafted certain laws and regulations to control and organize the work of the commercial agencies and the commercial agents and distributors.
In fact, the Palestinian legislator has adopted the modern track in setting and drafting the law No.  (2) (2000) to organize the provisions concerning the commercial agents. Therefore, it was necessary to study these agencies in terms of the legal organization taking into account Law 19 (2000), which organizes the work of the commercial agents and intermediaries and is still valid in the West Bank for what has not been mentioned in Law (2) 2000, and the Jordanian Law of Commerce no.12 (1966), which is valid in the West Bank and the commercial code.
The committee consisted of: Dr. Ghassan Khaled as a main supervisor and Chairman, Dr. Ahmad Abu Zeineh as an external examiner and Dr. Amjad Hassan as an internal examiner.
At the end of the session, the committee approved the success of the researcher and recommended him a Master’s degree.