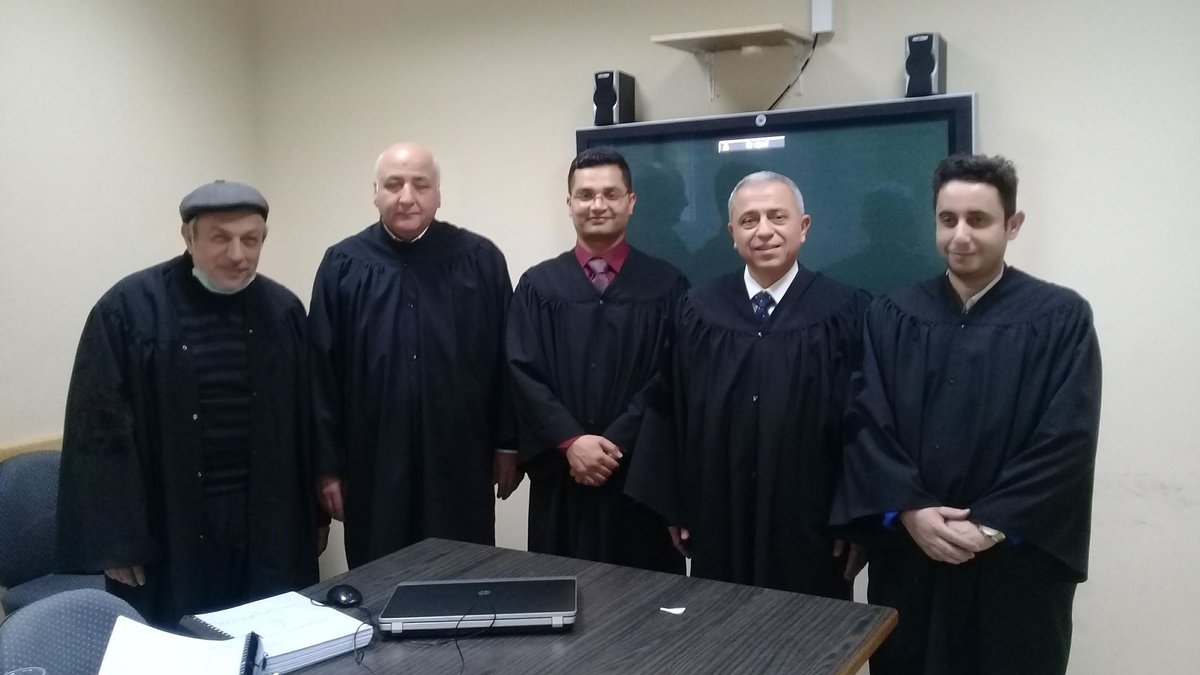 The Faculty of Graduate Studies awarded the researcher Hasan Alnajajra a Master’s Degree in Structural Engineering in response to his thesis entitled “Enhancing Earthquake Resistance of Local Structures by Reducing Superimposed Dead Load”.
The geographical location of the Palestine along the Aqaba-Dead Sea transform fault, the highest seismic active boundary in the Middle East, had threw the country in a major hazard over the past history.  Although seismic hazards across the area with relatively low probability, the less attention given towards seismic guidelines in both design and construction in the local practice is expected to play a significant role on the intensities of the coming ground shakings.
Ribbed slab systems setting on embedded beams and overloaded through superimposed dead loads are a common flooring system in the local construction industry.  Literatures focus on the seismic response behavior of ribbed slabs, hidden beams, or heavy constructions indicate an earthquake-prone buildings.  Hence, the existing of such undesirable factors combined exceedingly exacerbates the strength of earthquake shaking.
In this respect, solid slab with drop beams construction is utilized as a flooring system in a set of reinforced concrete framed structures.  The framed structures are supposed to be built on three different soil profile types in Nablus, and one more sensitive soil profile type in Jericho.  At every particular site, there are three structures sustaining a superimposed dead loads of 1kN/m2, 3kN/m2, and 5kN/m2.  This, however, is to investigate the impact of the reduction in the superimposed dead load at different site effects on the materials cost (Concrete, and steel) of frame beams and columns.
The representative computational models are constructed, analyzed and designed using the finite element program SAP2000, Version 19.1.1.The analysis is done by means of modal response spectrum method described in the Minimum Design Loads for Buildings and Other Structure (ASCE/SEI 7-10), whereas the design is accomplished on the basis of the Building Code Requirements for Structural Concrete and commentary (ACI 318-14).
In final conclusion, the developed approach of reducing superimposed dead load form 5 kN/m2 to 1 kN/m2 can reduce the materials cost in the skeletal elements of about 25%.
The committee consisted of: Dr. Abdul Razzaq A. Touqan as a main supervisor and Chairman, Dr. Monther B. Dwaikat as a second supervisor, Dr. Maher Amer as an external examiner and Dr. Reyad Awadd as an internal examiner.
At the end of the session, the committee approved the success of the researcher and recommended him a Master’s degree.