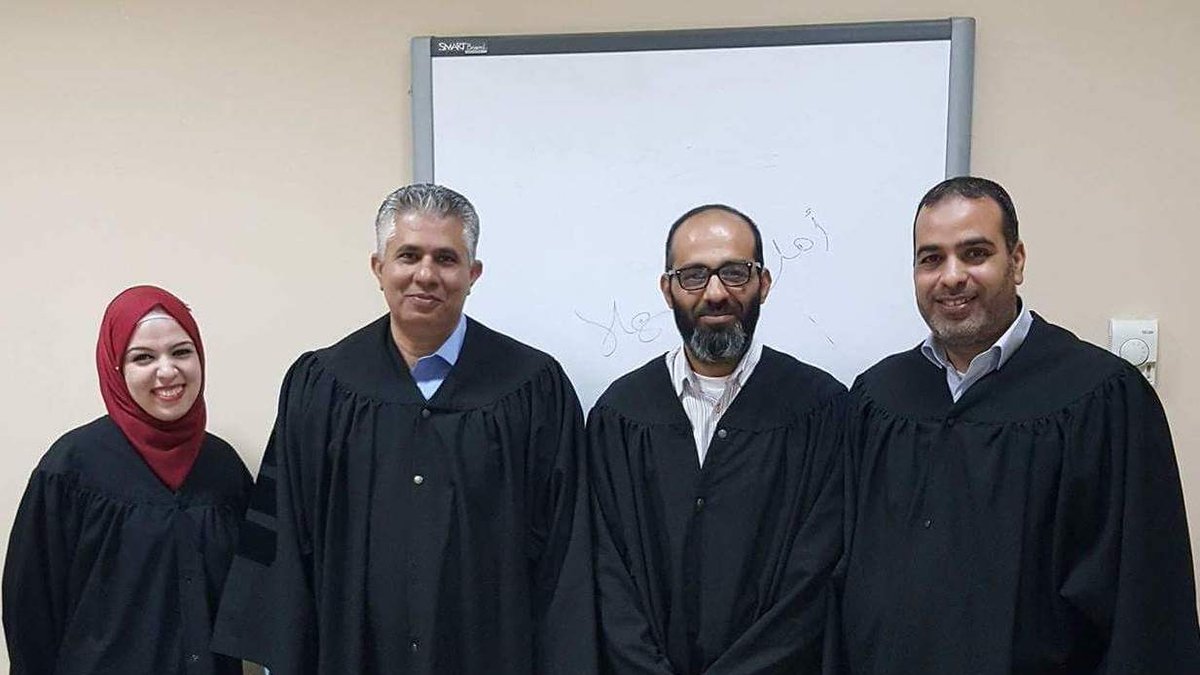 The Faculty of Graduate Studies awarded the researcher Afnan Hamad a Master’s Degree in Engineering in Water and Environment in response to her thesis entitled “Modeling of Solar Still Enhanced with Evacuated Tube Collectors for Brine Volume Reduction from Brackish RO Plants”.
This research aims at to studying the effect of coupling a single slope solar still with an evacuated tube collectors (E.T.C) through mathematical modeling. For this purpose, different models for hybrid systems were investigated, a model for a conventional still, a model for conventional still enhanced with E.T.C and model for evaporation and drying (no glass model). For all models two different cases for physical parameters were considered, the first was considering constant parameters (physical properties are not function of temperature), while parameter changing with temperature are considered in the other case.
The results were obtained from solving the models numerically were analyzed and different parameters were plotted as a function of time. All obtained results showed that solar still coupled with E.T.C have as superiority over the
conventional still, the fresh water increase by 48% and 73% when constant and variable parameters were considered, respectively.
The effect water depth and wind speed were on water temperature, glass temperature and the output from the still were also studded. The results showed that increasing water depth decrease the fresh water productivity while increasing wind speed increases the productivity.
Removing the glass cover for brine volume reduction, showed that the evaporation rate increases by 100%.
It was concluded that the idea of using solar still enhanced with evacuated tube collectors for brine volume reduction in our study area is effective because it reduces brine volume and produces fresh water at the same time.
The committee consisted of: Dr. Abdel Rahim Abu Safa as a main supervisor and Chairman, Dr. Fathi Enayah as an external examiner and Dr. Aysar Yasin as an internal examiner.
At the end of the session, the committee approved the success of the researcher and recommended her a Master’s degree.