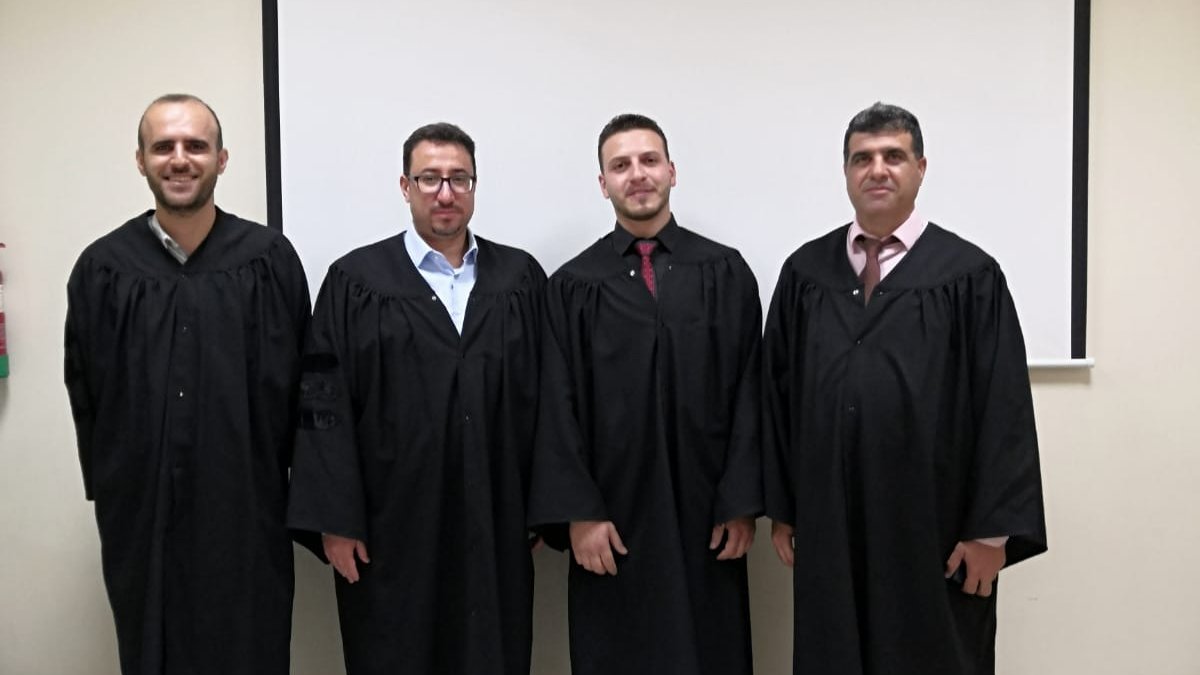 The Faculty of Graduate Studies awarded the researcher Mohammed A. Hussein a Master’s Degree in Water & Environmental Engineering in response to his thesis entitled “Fecal Sludge Management (FSM), Septage Characterization and Pretreatment in Rural Nablus”.

As urbanization continues to take place, the management of sanitation is becoming a major concern. Palestine is one of the countries that have major issues with sanitation, providing that most of the population relies on cesspits for disposal of wastewater. This work has characterized the septage, and quality of wastewater collected in cesspits in three villages near Nablus city (Qusin, Iraq Burin, and Tell), also proposed a pretreatment model. Samples were collected from the vacuum tankers used for empting the cesspits in the three villages (Qusin, Iraq Burin, and Tell). And then were analyzed for pH, chemical oxygen demand (COD), biological oxygen demand (BOD), Torpidity, phosphorous, Ammonia, Nitrogen, Nitrate, Alkalinity, Conductivity, Solids parameters, Total and Fecal coliform, and Heavy metals. The concentrations of the analyzed samples were within the concentrations of the EPA guidelines and municipal waste water and septage in other countries as compared through literature, for example; in west Nablus wastewater treatment plant the average BOD5 concentration of row WW was 573 mg/l, Whereas the septage had an average BOD5 of 371 mg/l. While the average COD of municipal row wastewater and septage were 1,174 and 1,087 mg/l, respectively.

Even though there were no fecal sludge disposal sites for the studied villages, the Septage was dumped untreated to open environment. This model was designed to meet the Palestinian regulations of type C of treated wastewater for agricultural reuse. The designed values for this model were (456, 1221, 386) mg/l for BOD5, COD, and total suspended solids respectively. The results revealed that, two-units of SBR model were operated with removal efficiencies higher than 98% for BOD, 94% for COD, and 98% for total suspended solids (TSS).

This modeling analysis was applied to define a performance measuring plan based on the most important parameters that can be reliable and applicable for any waste water treatment plant. The produced models were feasible for construction and operation.

The committee consisted of: Dr. Abdel Fattah Hasanas a main supervisor and Chairman, Dr. Subhi Samhan as an external examiner and Dr. Abdel Halim Khader as an internal examiner.