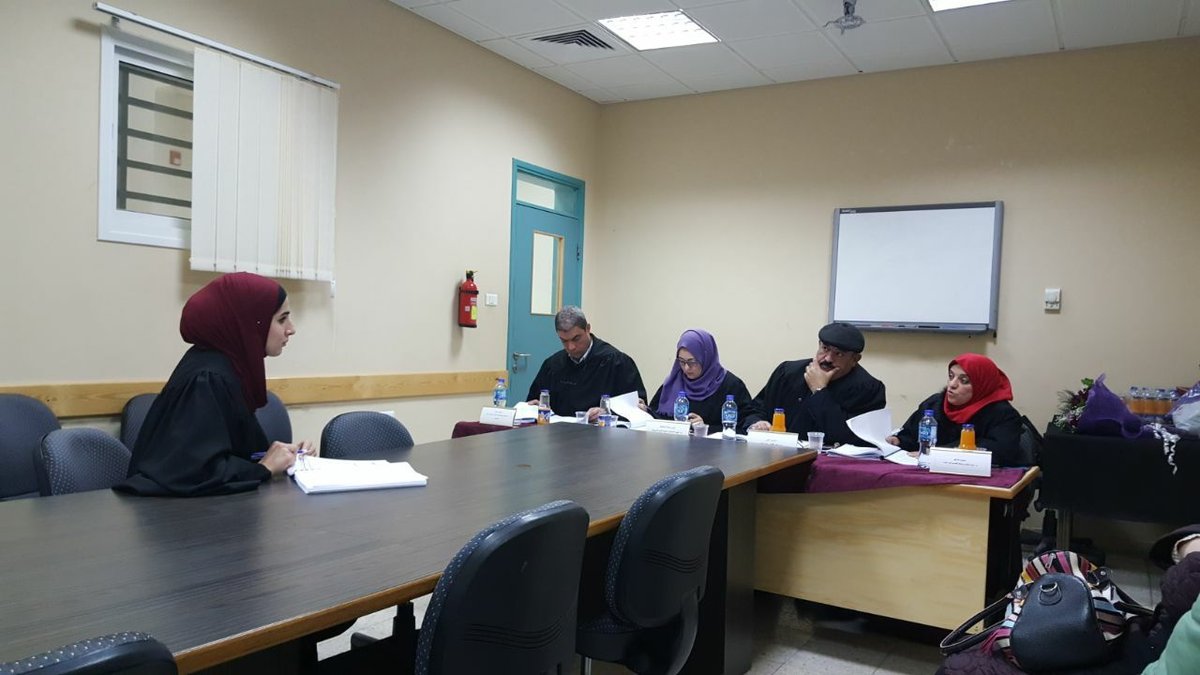 The Faculty of Graduate Studies awarded the researcher Maysa’a Abd Alhaleem Ahmad Abu Sa’da a Master’s Degree in Curriculum & Teaching Methods in response to her thesis entitled “The effect of using the Montessori Method in developing of creative thinking skills in Mathematics at the third-grade primary students in Nablus Governorate and their attitudes towards learning Mathematics”.
The study aims to investigate the effectiveness of using Montessori Method in developing creative thinking skills for the students of the third class in Nablus Governorate. Specifically, the study tried to answer the question" What is the effect of using Montessori Method in developing the creative thinking skills in math course for the third class students in Nablus Governorate"?.
The Simi-Experimental Design was adopted in this study. Furthermore, the sample size consists of 58 students from Al Rawada Secondary School, and the sample was divided into two groups; experimental group and control group. Montessori Method was applied for the experimental group, while the traditional methods were applied for the control group.
In order to achieve the study goals, preparation notes were prepared to be used in the class by using Montessori Tools and Activities which is specifically prepared for math course.
Otherwise; the creative thinking test was used to measure the creative thinking improvements for the student, in addition to preparing directional scale towards learning math. Also, the researcher insures that these tools are valid and true.
The researcher used SPSS software to analyze the data by using "ANCOVA" tool. The results shows that there are a statistical differences at the level (α=0.05) between the means of the of the experimental group and the control group grades during the creative thinking test and the directional scale towards learning math, which refers to the method of teaching (Montessori or Traditional Methods), and this difference is in favor of the experimental group that studied the first chapter of the Palestinian math course for the third class by using Montessori Method.
The researcher recommends adopting Montessori Method by the Ministry of Education since it has positive effects to increase the student's grades and developing the creative thinking for them. Furthermore, it's recommended to conduct a training for teachers in order to be able to applied the modern teaching methods easier and improving the knowledge of the Montessori Method in terms of the importance and techniques.
The committee consisted of: Dr. Alya Assali as a main supervisor and Chairman, Prof. Naji Qatanani as a second supervisor, Dr. Baad Khales as an external examiner and Dr. Abdul-Kareem Ayyoub as an internal examiner.
At the end of the session, the committee approved the success of the researcher and recommended her a Master’s degree.