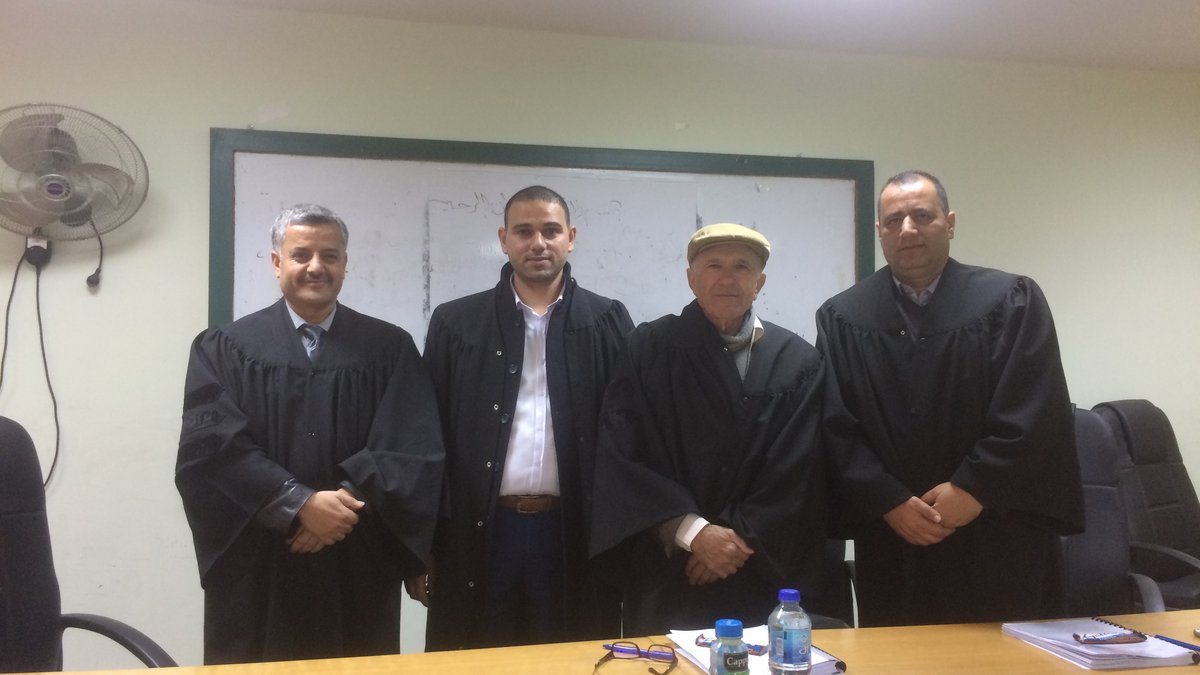 The Faculty of Graduate Studies awarded the researcher Ahmad Odeh a Master’s Degree in Clean Energy and Conservation Strategy in response to his thesis entitled “Performance Improvement of Solar PV Modules by Cooling System and the Economic Feasibility of applying it on Large PV Power Plants”.
It is known that the temperature of the photovoltaic cell has a remarkable effect on its efficiency. This study measures this effect and tries to prove that cooling of PV systems could be feasible.
Increasing the cell temperature causes some modifications in the characteristics of the semiconductor material (usually silicon) used to manufacture the PV cell, this leads to the decrement in the open circuit voltage of the cell, so decrement in its efficiency.
Based on measurements taken from an installed PV system in Palestine, it is found that the cell temperature could reach 70℃, under normal operating conditions in Palestine, which is about 3 times higher than the STC operating temperature of the PV cells.  This high operating temperature causes about 4% losses in efficiency of a PV system installed in the same area.
A PV module is placed under Palestine climate conditions, by simulation, to simulate the performance during a year at different operating cell temperatures. Cooling the PV module and maintaining its temperature under 30 ℃ will save about 5 volts decrement in the open circuit voltage, and about 4% loses in the total yearly efficiency, which could be lost when operating the PV module without cooling under normal operating conditions in Palestine.
Applying a cooling system on a certain PV system could be feasible like the one considered in this study as a study case, with a payback period of 4 years the installing of cooling system can be considered feasible.
Because of the cell temperature in the concentrator technology could reaches about 1000℃, the cooling is not an option, and the cells must be cooled to prevent failure.
The committee consisted of: Prof. Marwan Mahmoud as a main supervisor and Chairman, Dr. Mahmoud Salah as an external examiner and Dr. Imad Breik as an internal examiner.
At the end of the session, the committee approved the success of the researcher and recommended him a Master’s degree.