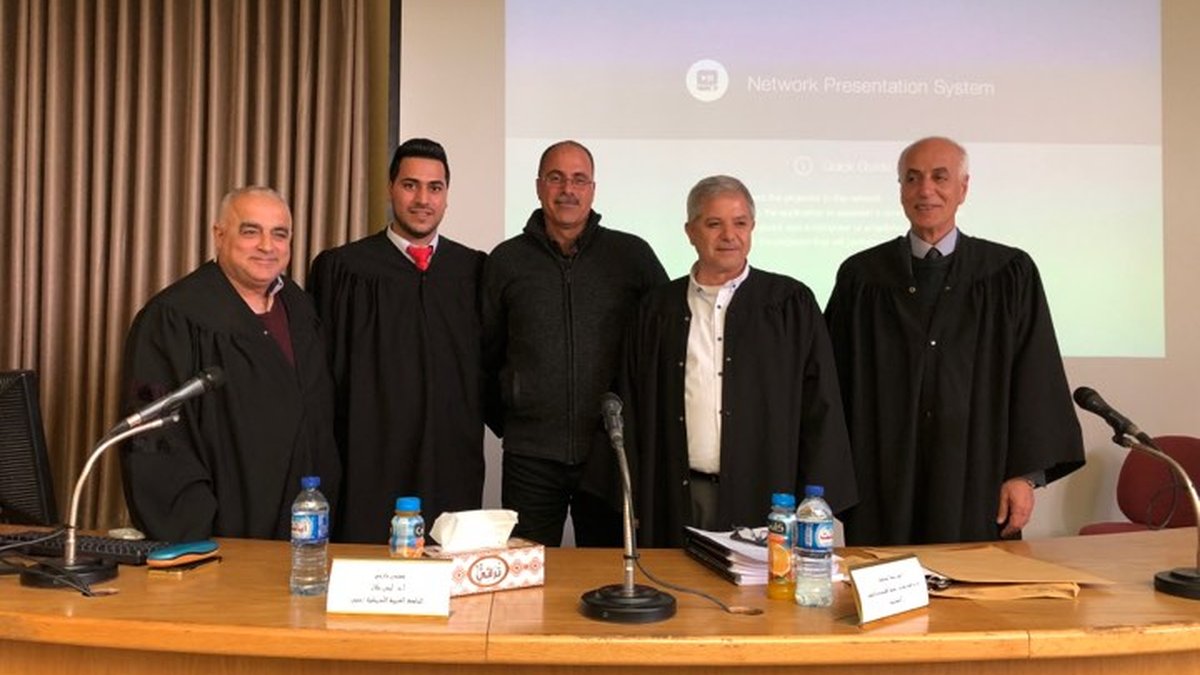 The Faculty of Graduate Studies awarded the researcher AbdulRahman Darweesh a Master’s Degree in Planning & Political Development in response to his thesis entitled “The Role of High Follow-Up Committee for Arabic Citizen in Preserving National Identity of the Palestinians in 1948 Land”.