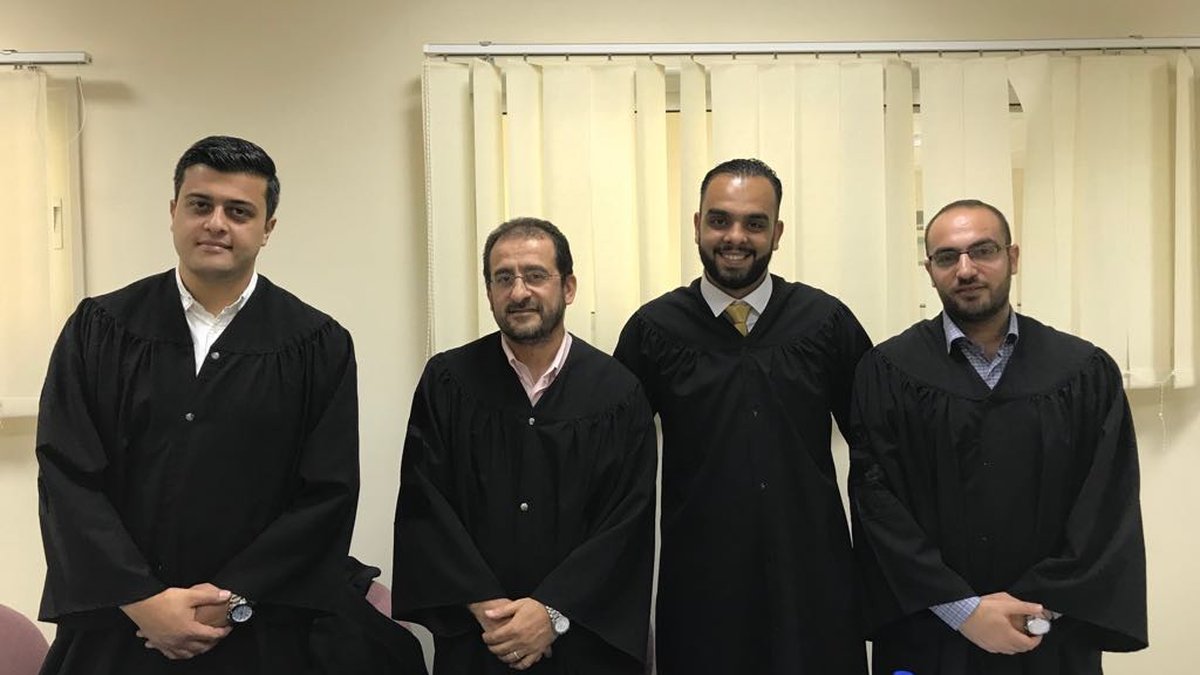 The Faculty of Graduate Studies awarded the researcher Ali Abu Safiyeh a Master’s Degree in Structural Engineering in response to his thesis entitled “Seismic Assessment of Historical Buildings in Palestine/Nativity Church a Case Study”.

This thesis addresses the study of the seismic assessment of historical structures in Palestine, by focusing on general condition and structural stability of The Church of Nativity in Bethlehem, which is the most valuable structure over the world, because it is earliest Christian structures, and the birth place of Jesus.

The work of this thesis can be divided into the following main phases: a focus on the one case study with its properties, review of the state of art, preparation and calibration of a 3D finite element models, and the structural analysis to assess the seismic behavior of the Church. The assessment was done by using the static pushover and dynamic time history methods and the results of these analyses are studied in terms of the generated cracks propagation in each direction, effects of relative displacement of masonry blocks and progressive collapse analysis for the structures elements.

In particular, the results of the pushover analysis carried out, conclude that the transversal direction is the most vulnerable and the damage concentrates at the main lateral (longitudinal) walls, mainly at the south and north alignment walls, also at the vaults and at the connections of the vaults to the apses. On the other hand, the dynamic analysis presented similar conclusions in terms of structural performance. Furthermore, it allowed conclude that for the considered earthquake, the relative displacement of adjacent masonry blocks (RDAMB) indicates the locations of failure, and the prediction of reasons. Furthermore, the progressive collapse technique is able to predict the critical regions, and effect of rock falls in masonry walls of the structure.

The structural behavior of historic buildings, such the Nativity Church is complex and some assumptions were considered in this work.

The committee consisted of: Dr. Munther Thiabas a main supervisor and Chairman, Dr. Belal Masri as an external examiner and Dr. Mohammed Samaneh as an internal examiner.