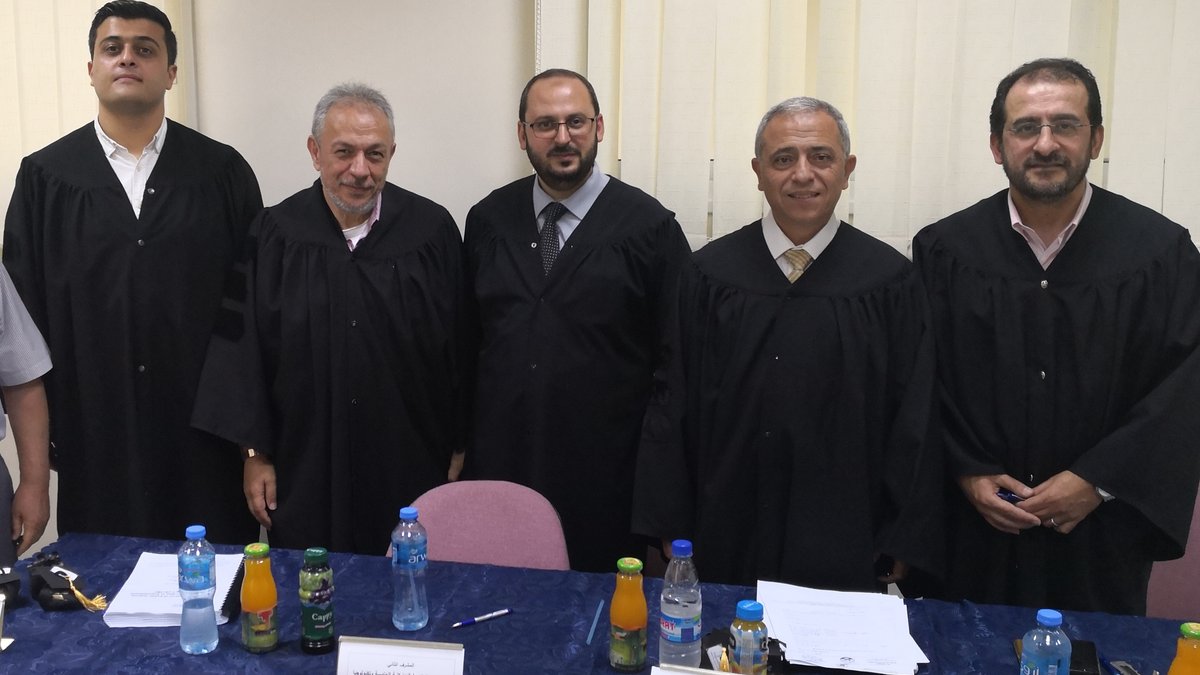 The Faculty of Graduate Studies awarded the researcher Mohammad Omar Adas a Master’s Degree in Structural Engineering in response to his thesis entitled “Seismic Assessment and Developing for Public Schools in Palestine”.

In this research, we present an engineering scientific study that evaluates the topographic impact and the effect of its changes on seismic behavior and the difference in the design of public-school facilities in Palestine based on Time period of fundamental mode of structure according to codes of practice.

Scientifically; It is proven that seismic behavior varies from region to region and from one structure to another according to many variables, mainly the nature of the soil on which the origin will be established. Hence, it is far from right to have the same seismic design for a number of schools located in several different places Terrain and seismic behavior. Different topographies directly affect seismic design factors, system considerations, importance of structure, and structural analysis methods.

The study targeted a number of different designs of public schools in Palestine to collect statistical information about the nature of practice in previous years. The statistical data were used to create three school models in three different topographies (Jericho, Ramallah and Qalqilya). And to make the necessary recommendations based on Time period of fundamental mode of structure as a minimum in access to the safety of public schools within several construction systems of the same structure, and the results were obtained and a comprehensive overview of the best means and systems of the construction design of public schools In the occupied Palestinian territories.

Several tools were used in local code-based analysis and evaluation, such as SAP program, and the results obtained were verified to ensure the reliability of the program and all its outputs.

An interesting result has been found that puts the structural designer on the proper path of the safe structural design, within the necessary hypotheses that develop these structures from the structural aspects. The study also linked some design needs to the correct practice which means linking design to different implementation needs.

The committee consisted of: Dr. Munther Thiabas a main supervisor and Chairman, Dr. Abdul-Razzaq Touqan as a second supervisor, Dr. Belal Masri as an external examiner and Dr. Reyad AbdelKarim as an internal examiner.